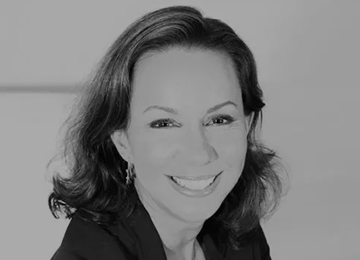 Lara joined SVDC from RBC where she was the Head of Innovation on the West Coast, responsible for the Bank’s transformation through the smart use of technology. She led the development of innovation strategy as well as the identification and evaluation of start-ups and partnerships that drove the Bank’s technology, analytics, payments and infrastructure roadmaps. She built a team that initiated, developed KPIs, drove 14 products into production and managed over 20 proofs of concept across the Bank. Lara served on RBC’s bank-wide Innovation Council and the Crypto Asset Oversight Committee.

Previously, Lara served as a Venture Partner or Advisor to several funds and as a Venture Adviser to SRI International where she helped them conceive of, launch, and incubate new ventures. Lara served as Vice Chair of the Board of Trustees and Chair of the Investment Committee for the City of San Jose’s Federated Employee Retirement System (a $2B pension plan) for six years. Previously, she was an Investor in Residence at US Venture Partners and a General Partner with an early-stage venture capital firm. Lara also worked at Silicon Graphics as a product manager in its heyday and released a dozen software products while at SGI.

Lara has led many investments and served on numerous boards of directors and advisory boards. Some of the companies in which she has invested or served as an adviser include: Xactly (XTLY), Powerset (MSFT),  Skout (MEET), Xlink, and Deduce.

Lara serves on the Global Alumni Boards of the Harvard Business School and the University of Chicago as well as the Stanford School of Engineering Board of Advisors.

Lara holds an AB in Economics with Honors from the University of Chicago and a Master of Business Administration from the Harvard Business School.